The machine has been constructed at High Voltage Engineering Europe (HVEE) in The Netherlands and it is optimized for high long- and short-term energy stability, long duty cycle and long term operation without personnel on site.

Before shipment to LNGS the machine has been fully tested and commissioned at the facilities of HVEE. Delivery at LNGS is scheduled by the end of 2021 followed by a six months commissioning phase. The first physics experiments are envisaged during 2022.

Since spring 2016, a working group of experienced engineers from LNGS is working on the design and construction of the new accelerator laboratory inside Hall B of the LNGS underground facilities. An artist’s view is shown in Figure 1. The accelerator and target stations will be installed in a room shielded by 80 cm thick concrete walls with two sliding doors of the same material thickness. Independent GEANT and MCNP simulations have shown that, even at the highest neutron production rate for experiments at the machine this shielding will constrain the neutron flux outside the accelerator room to be lower than the natural neutron background inside the underground laboratories. After tendering, the construction works were started and will be concluded in the next months. 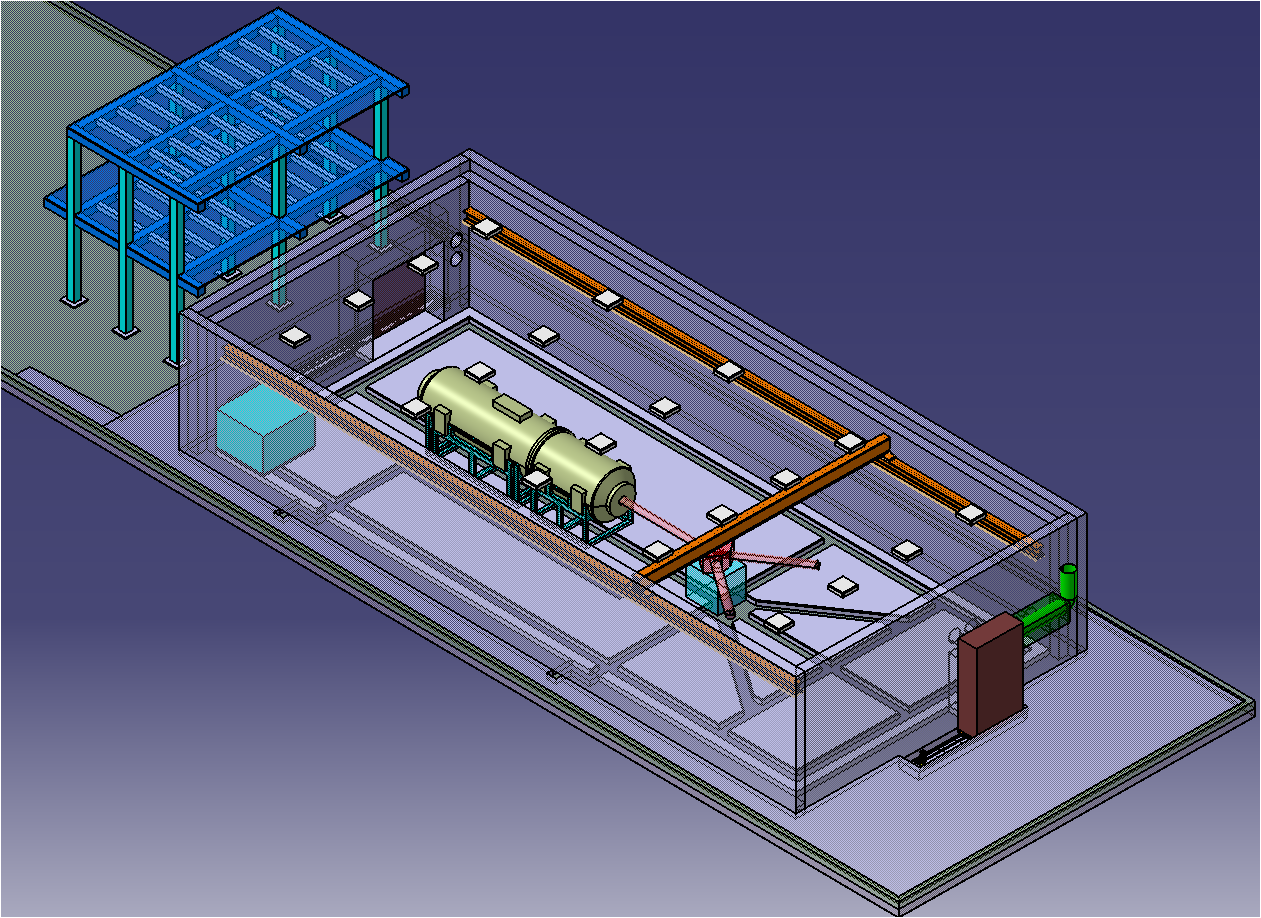